We have entered sixteen bulls for the sale. They are of a very consistent standard with all but three of them having a scrotal circumference EBVs well above the breed average.

This is an EBV we are working hard to improve through sire selection because of the improved fertility which should follow.

Balthayock Bulls entered for the February sale at Stirling 2022

Sired by the very promising Balthayock Nevada whose first son was sold at Stirling last October for 16,000 gns. Respect’s dam Insignia has bred bulls to 7500 gns.

Rastas is a heifer’s calf out of a daughter of the trait leading Impression. His sire is Maximillian who we have used on many of our heifers to insure easy calving and he has carried on the good work of his sire, Ugie Echo.

A heifer’s calf out of an Adonis daughter. Adonis is the sire of the very easy calving Digger with over 2400 registered calves to his credit. Ransoms sire Maximillian is carrying on the good work of his sire Ugie Echo and proving just as easy to calve.

By Loyalist, a Stirling junior champion and winner of the gold cup at the Perth show for the best animal in the showground. Resolute’s dam Jessica’s last calf also by Loyalist sold for 8000 gns.

A heifer’s calf out of Nancy a daughter of the trait leading and proven easy calving Impression. Reform is sired by Gretnahouse Lunar who ticked all our boxes for growth and calving ease until we lost him to blackleg last summer.

Sired by a Stirling junior champion and Perth show gold cup winner for the best animal in the showground, Loyalist has bred sons sold for 8000 gns and is leaving us some outstanding heifers at Balthayock.

Sired by the very promising Nevada, son of the seven times trait leading Impression. Nevada’s first son offered for sale at the last October sale in Stirling sold for 16,000 gns.

Another son of the very promising herd sire Nevada whose first son offered for sale last October was sold for 16,000gns. Ranald’s dam Glory is one of our best breeding cows with sons sold for 8,000 and 10,000 gns at Stirling. She is a daughter of the legendry Rosita who features in so many of the pedigrees of our highest priced bulls.

Reuben is a son of Influence who we have used both in the pedigree and commercial herd. He is a great stock getter and as a son of Ferdinand carries many of the most successful Balthayock genes. Heaven has bred bulls to 14000 gns

A twin son of the well proven Influence. Rudolph’s dam Johanna is out of Gold who has bred bulls to 16,000 gns

A son of Gretnahouse Lunar who ticked all our boxes for growth and easy calving until we lost him last summer to blackleg. Judith’s previous calf Patrick, a son of Maerdy Grenadier, has been retained by us for use on our commercial herd

Sired by the reliable easy calving Gretnahouse Lunar who was such a success for us at Balthayock until we lost him to blackleg last summer. With Ferdinand and Swalesmoor Cracker on his dam’s side, he is full of proven genes.

Sired by the well proven easy calving Influence, a son of Ferdinand who has sired bulls to 50,000 gns.  Ralph’s dam May is by the eight times trait leader Impression who has brought all the EBV traits that we are looking for to the Balthayock herd.

Reginald is a son of a Stirling junior champion Loyalist who went on to win the gold cup at the Perth show for the best animal in the showground and who is proving such a success at Balthayock both as a sire of bulls and heifers. Reginald’s dam Jenefer is a daughter of Fortune who bred the 16,000 guinea Balthayock Online. 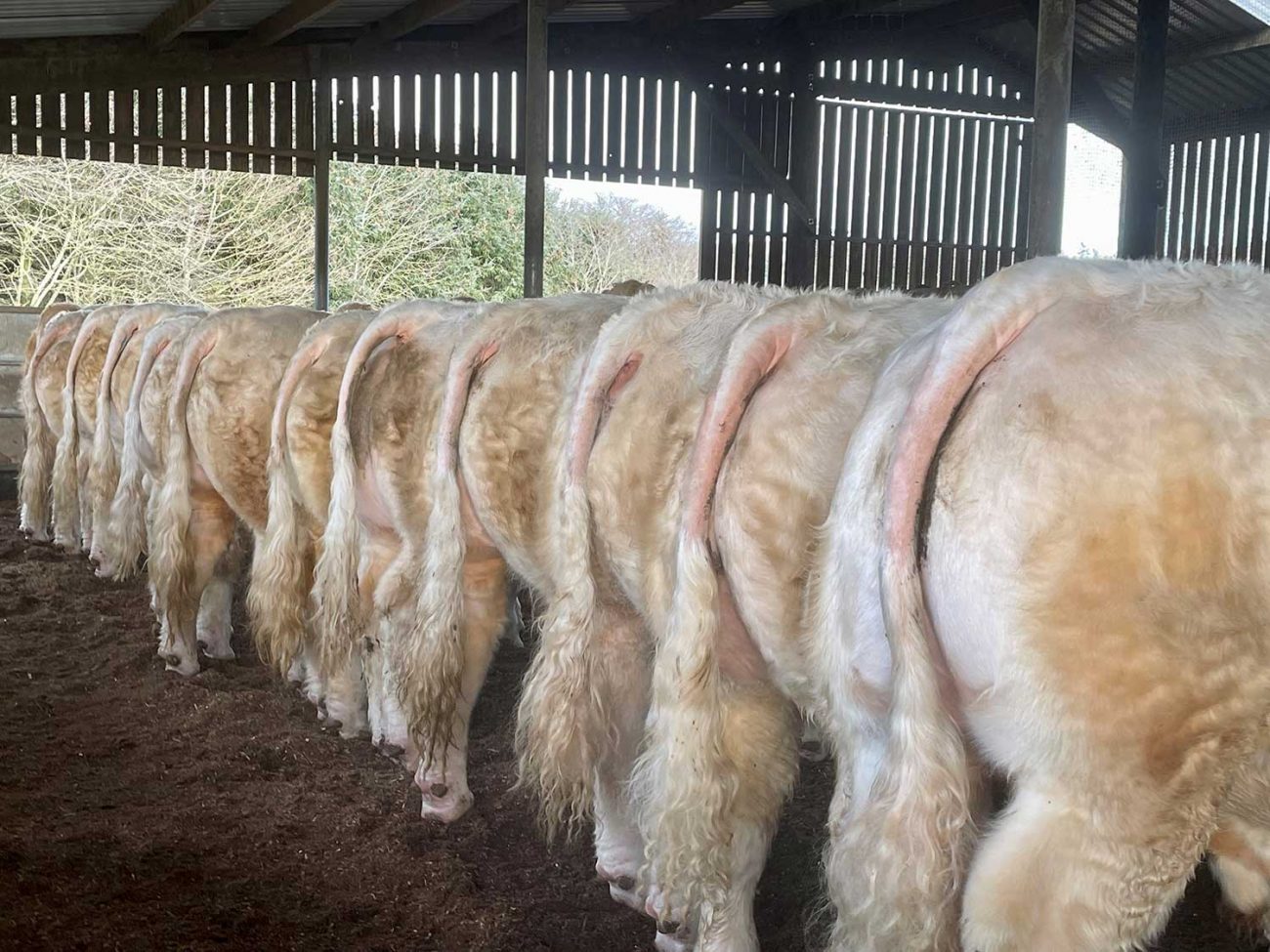 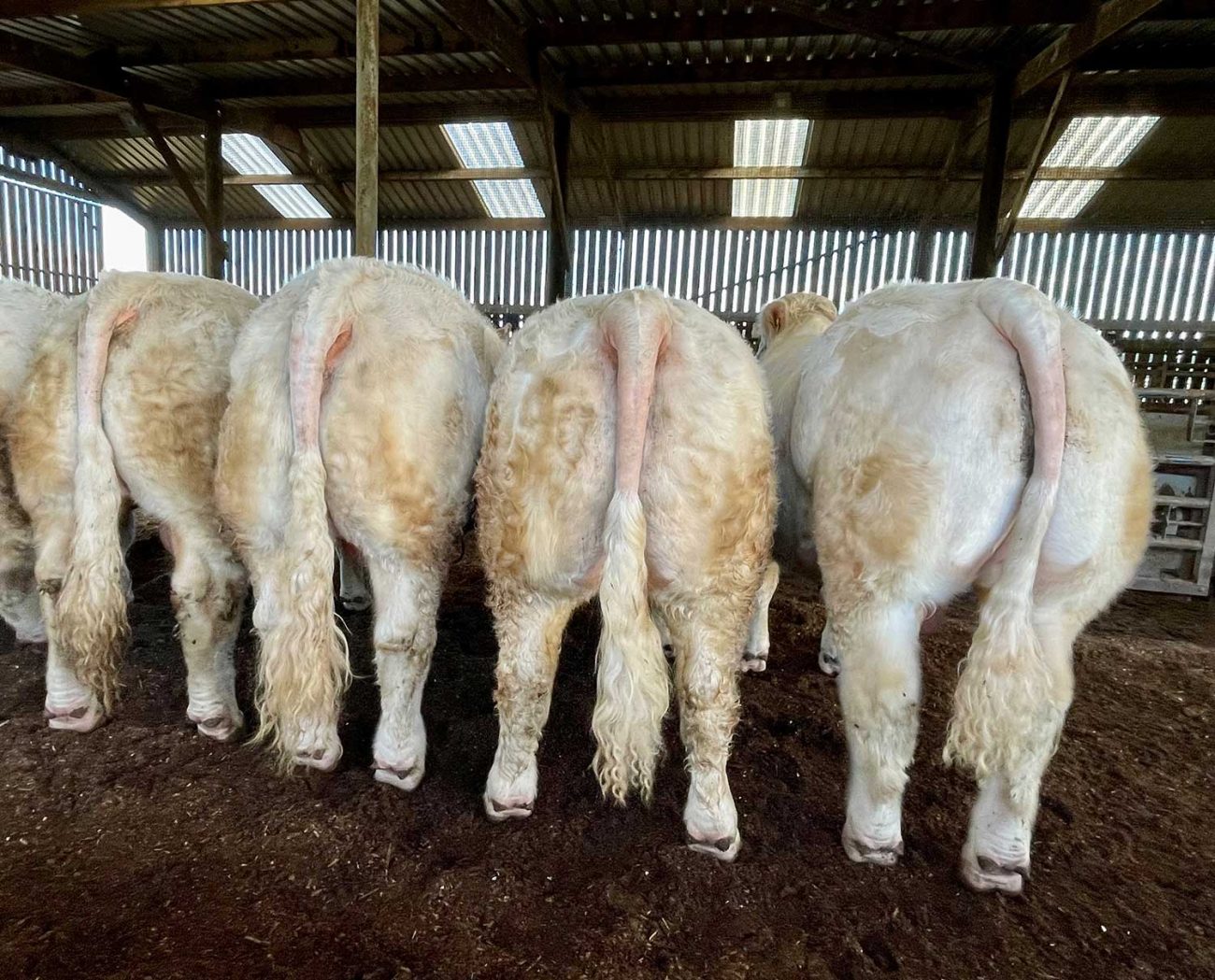 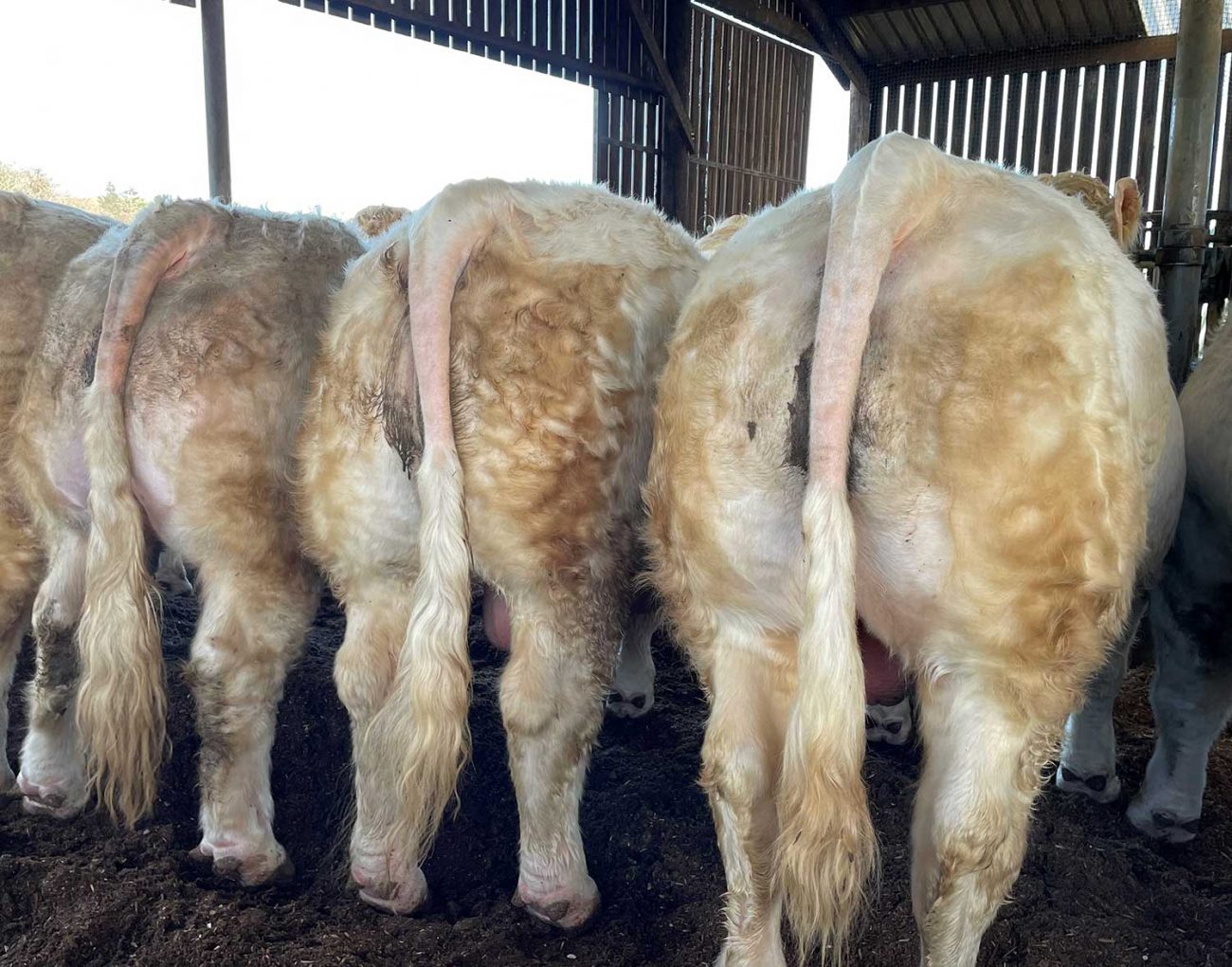