Entries for the Stirling October Sale 2021

We are excited at the prospect of the return to a proper bull show and sale in October. During lockdown we have sold many of our bulls privately which inevitably has meant that some of our best bulls have not been seen in public but I am confident that we have a strong team for this coming sale with a choice of bulls to attract our pedigree breeders looking for a new herd sire and also our many supporters with commercial herds looking for easy calving bulls with exceptional EBVs for live weight gain, scrotal circumference, eye muscle area and good temperament. 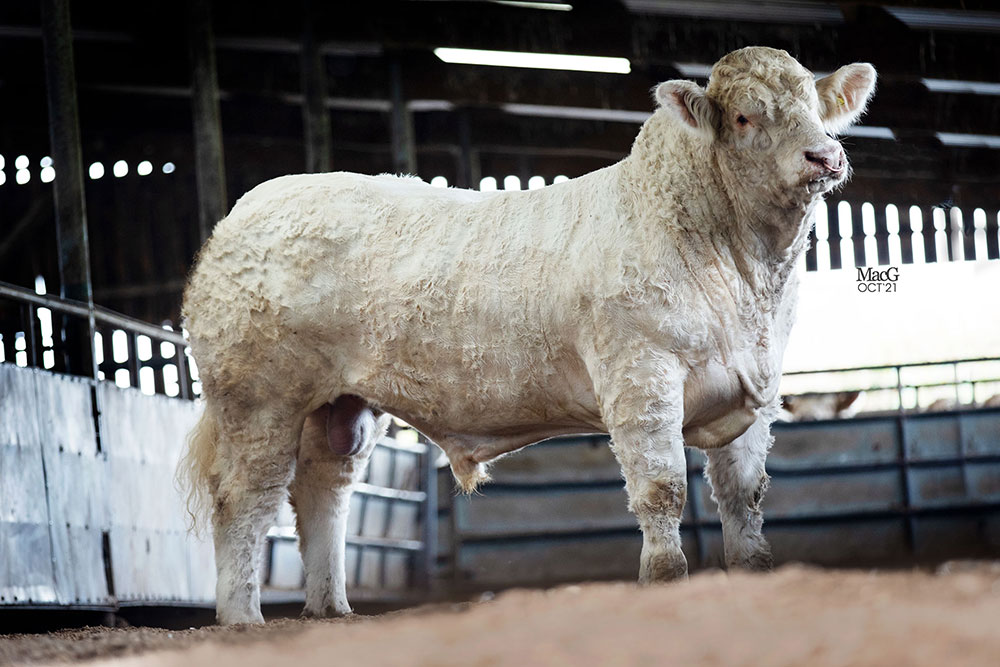 This bull is a full brother of Balthayock Loyalist, a Stirling junior Champion and winner of the Perth Show Gold Cup in 2019, and proving to be an outstanding herd sire at Balthayock. Glory has consistently bred high priced bulls from 8000 to 14000 guineas. 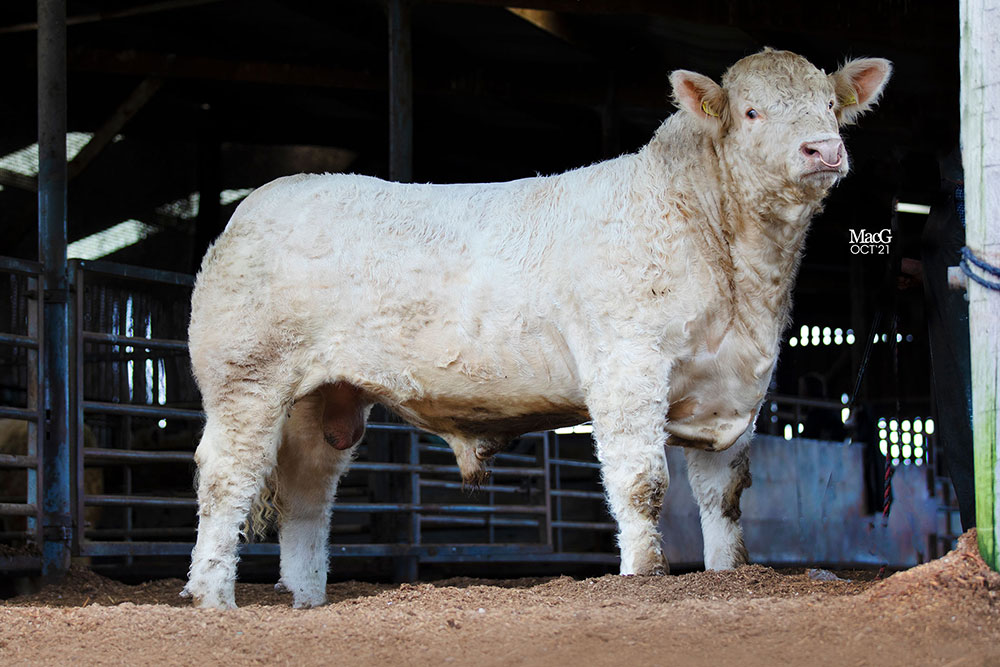 Sired by the highly regarded Impression (EBV 94/92) who has bred some exceptional herd sires including Marksman (85/83) Musketeer (81/84) Nevada (95/95) Officer (84/81) and Online (71/74). His dam Nona sired by the RHS male champion Balthayock Imp was a consistent winner at local shows and three times a reserve champion to Balthayock Nevada. 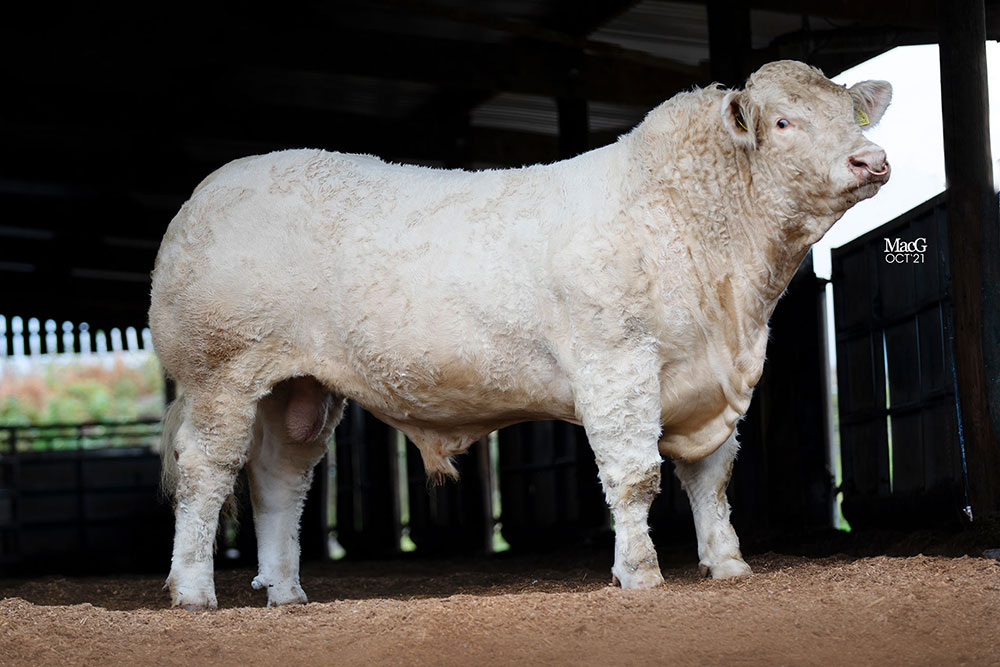 Ferdinand needs little introduction as the sire of Justice (50/- guineas) and Minstrel (46/- guineas). Unwary, one of our best breeding cows, is the dam of Impression who with terminal and replacement EBVs of 94/92, is proving to be an outstanding breeder of herd sires. He combines easy calving with exceptional growth and his sons are much in demand by pedigree and commercial breeders. 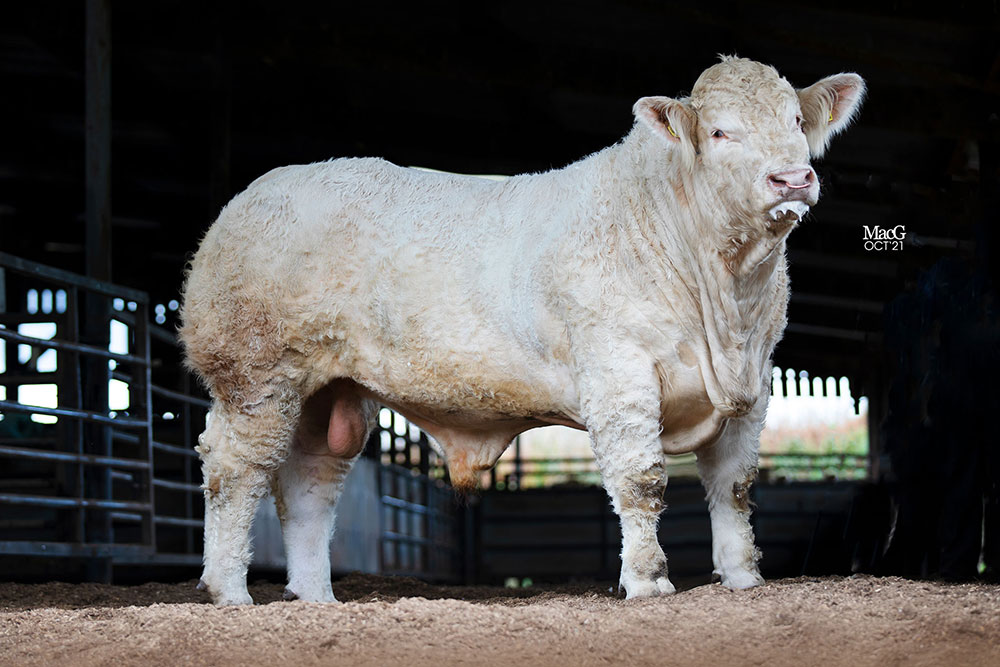 His sire Balthayock Imp was male champion at the RHS in 2015 and has sired many high priced sons including members of the team prize at Stirling in February 2019 for three bulls by the same sire which included Nanook, the reserve supreme champion. His dam Melissa was an RHS prize winner and was part of the Charolais Interbreed team in 2019.

Sired by Balthayock Ferdinand who bred Justice (50/- guineas) and Minstrel (46/- guineas) and out of Miranda a daughter of the RHS male champion Balthayock Imp. This is her first son offered for sale. He is full of the best proven blood lines which we have used at Balthayock over many years. 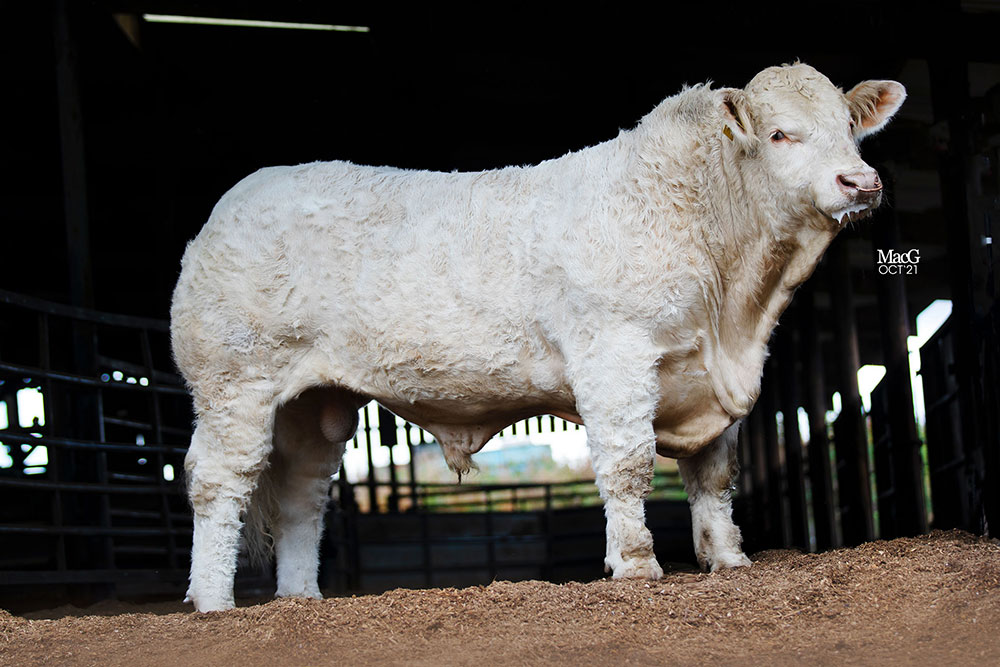 Sired by Balthayock Imp, male champion at the RHS in 2015 and sire of many high priced bulls including Nanook, the reserve supreme champion and member of the winning team of three bulls by the same sire at Stirling in February 2019.  His dam Jodie is by Ugie Echo a reserve junior champion at Stirling in his day and a proven easy calving bull who we have used on our heifers for many years but who has also sired some very high priced bulls. 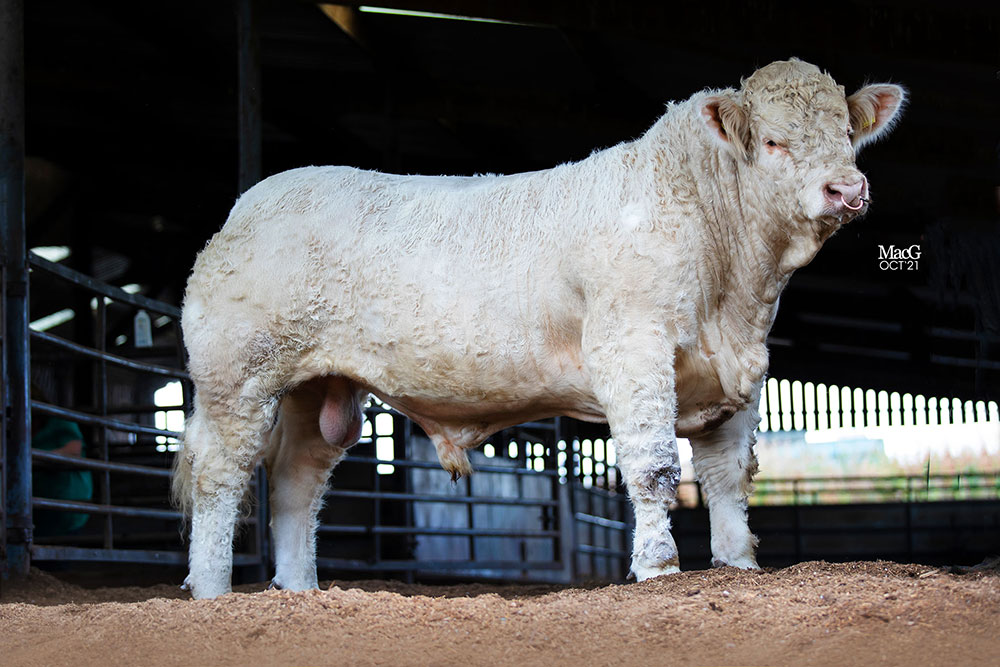 A son of the very successful proven easy calving bull Ugie Echo, a Stirling reserve junior champion in his day. His dam Nemesis is a daughter of Maerdy Grenadier a male champion at the RHS and the sire of the Stirling junior champion in 2016, Balthayock Loyalist. 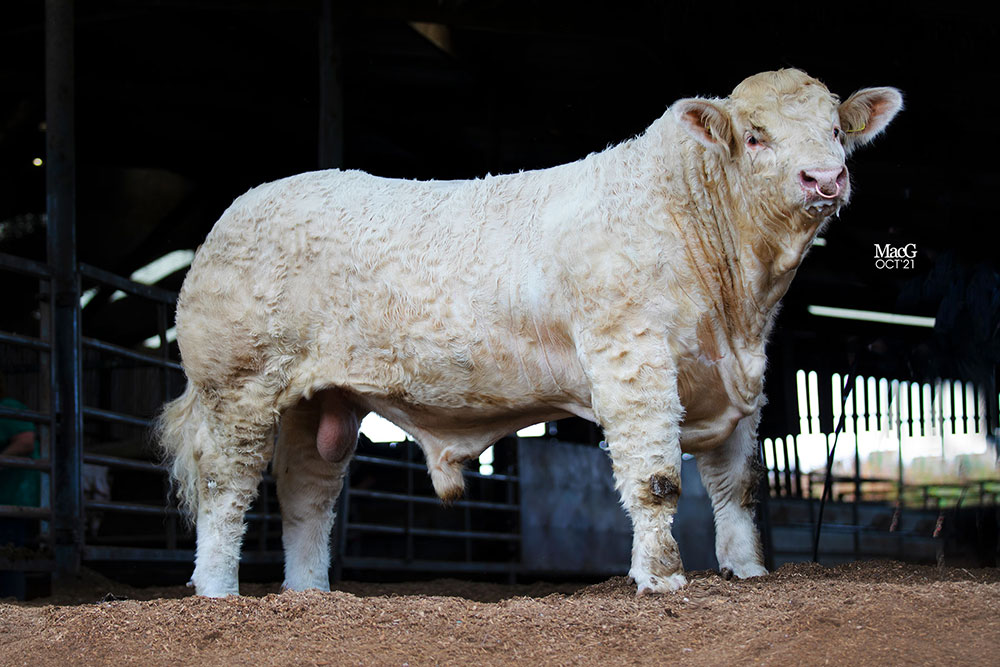 This is the first son offered for sale by the very promising Balthayock Impression son, Balthayock Nevada who has one of the top sets of terminal and replacement EBVs in the national herd at 95/95. I am very encouraged by the quality and consistency of his calves and I think he has a bright future at Balthayock. Rambo’s dam is a daughter of the proven easy calving Ugie Echo, a reserve junior Stirling champion in his day and which we continue to use on many of our heifers for easy calving but he also breeds high quality sons used successfully in many pedigree and commercial herds. 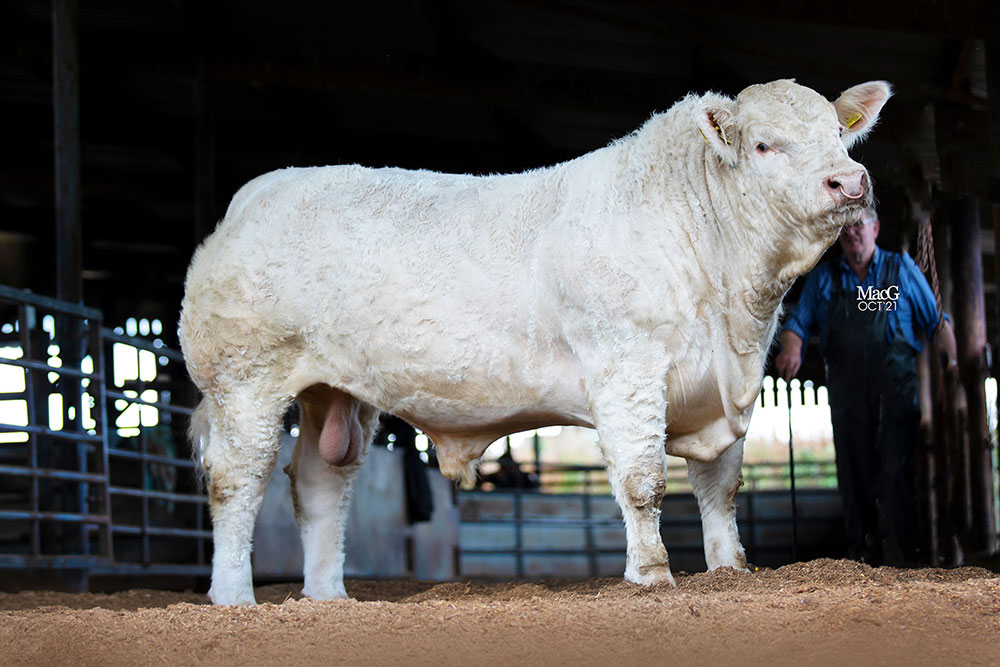 Sired by the proven easy calving Gretnahouse Lunar who combines an easy calving EBV with trait leading EBVs for growth. His dam Natalie is sired by the highly rated Balthayock Impression who is one of our most successful herd sires at Balthayock with an almost perfect set of EBVs for calving, short gestation, scrotal circumference and exceptional growth.